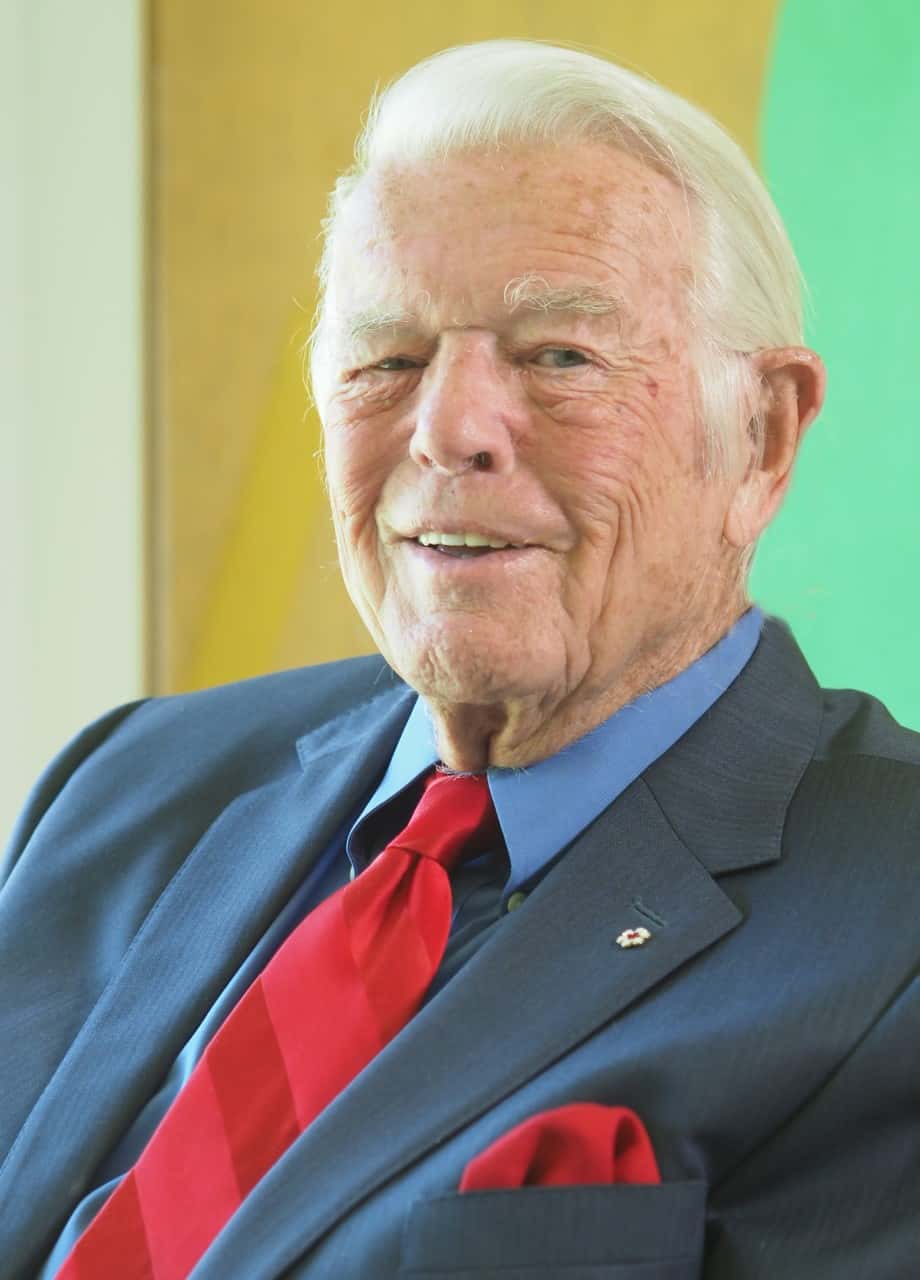 Arts and Culture
Director and Treasurer, National Ballet of Canada
Chairman of the Board and President of the Art Gallery of Ontario
Trustee Emeritus, Art Gallery of Ontario Board of Trustees
Chair of the Canadian War Museum
Chair Canadian Museum of History
Founding President of the Power Plant, Contemporary Art at Harbourfront
Founder of the Toronto Harbourfront Centre’s Toronto Music Garden
Chairman of the Harbourfront Foundation
Chairman and Chair Emeritus of Council for Business and Arts (currently Business / Arts)
Chairman and CEO of Noah’s Flood Inc. (produced Benjamin Britten’s “Noyes Fludde” as Canada’s cultural contribution to the 50th anniversary of the signing of the UN Charter)
Director of North York Symphony
Director of Toronto Free Theatre
Director of the Banff Centre
Chairman, Treasurer, and Director of Tennis Canada
Canada’s Representative to the International Tennis Federation

Publications
Business Can Succeed!, Understanding the Political Environment (with A. Litvak Canada Publishing Corporation)
Canada Can Compete!, Strategic Management of the Canadian Industrial Portfolio (with J.R. D’Cruz, Institute for Research on Public Policy)
Yankee Canadians in the Global Economy: Strategic Management of U.S. Subsidiaries under Free Trade (with J.R. D’Cruz, National Centre for Management Research and Development, University of Western Ontario)
Co-author (with Professor D’Cruz) of several articles for the Business Quarterly, one of which, ”The Globalization of Manufacturing”, was the Touche Ross Award Winning Article 1987, and won the Silver medal in the Deloitte and Touche “Best of the Best” awards covering the first thirty years of the Business Quarterly

James D. Fleck is a highly respected entrepreneur, business leader, public servant, scholar, and philanthropist whose support and stewardship has changed the face of Canada’s arts and culture scene. He is currently recognized as a preeminent philanthropist and supporter of Canadian nonprofit organizations and cultural institutions.

Jim’s professional experience spans diverse sectors and industries, providing him with a strong background in business management, board governance, and executive leadership. Jim holds a Bachelor of Arts degree from the University of Western Ontario and he earned a Doctorate in Business Administration (DBA) from Harvard Business School as a Ford Foundation Fellow. After completing his education, Jim began his career by founding and serving as CEO and Chairman at Fleck Manufacturing Inc., which began as a small organization with fewer than 10 employees and grew, under Jim’s direction, into a large multi-million dollar corporation. Building on his early success, Jim went on to hold the title of Director or Chairman for a number of companies in telecommunications, computer software, semiconductors, technology, and insurance including ATI Technologies, Alias Research, Noma Industries Ltd., Rogers Multimedia Inc., and Zurich Life Insurance Company of Canada.

As a public servant, Jim served as Chief Executive Officer of the Office of the Premier and Secretary of the Cabinet (Ontario), and he was appointed Deputy Minister of Industry and Tourism. He was also responsible as Executive Director of the Committee on Government Productivity for the reorganization of the Ontario Government. Much of Jim’s efforts in these capacities was geared towards streamlining operations, providing strategic direction, and improving collaboration and cooperation between business and government. At the same time, Jim has applied his policy expertise to strengthen Canada’s independent think tanks and nongovernmental organizations such as the Public Policy Forum and the Institute for Research on Public Policy. Jim’s cross-sector experience demonstrates his ability to build relationships and bridge gulfs that can divide or pit public and private sectors against one another.

Jim’s distinguished experiences as a business leader and public servant combined with his academic achievements meant that he was uniquely suited for a long and fruitful career in academia serving as Lecturer at Harvard Business School, Visiting Professor at the European Institute of Business Administration (INSEAD) and Keio University, Professor at the University of Toronto’s Rotman School of Management and York University where he was the founding Associate Dean of the Faculty of Administrative Studies (now the Schulich School of Business) and Director of the MBA and MPA programmes.

Owing to his deep respect for the arts as an indicator of a country’s quality of life and innovation, Jim has held many executive roles at leading Canadian nonprofit organizations over the years. In 1998, he chaired the first-ever Canadian Arts Summit, an annual event that continues to bring together Canada’s leading nonprofit executives, board members, and directors. He served as Chairman of Business for the Arts (currently Business / Arts) and was also Chairman of the Minister’s Advisory Council for Arts and Culture (Ontario). Other notable roles include President of the Art Gallery of Ontario Board of Trustees, founding President of the Power Plant at Harbourfront, and Chair to the Board of Trustees of the Canadian Museum of History (a Crown Corporation).

In addition to his executive leadership and management of nonprofit organizations and foundations, Jim has been widely recognized for cultivating Canada’s arts and culture sector as a philanthropist, collector, advocate, and fundraiser. He has generously provided resources and lent his expertise in support of the Arts Gallery of Ontario, the National Ballet of Canada, the Toronto Symphony Orchestra, the Power Plant Contemporary Art Gallery at Harbourfront, Tennis Canada, Soulpepper Theatre Company, the Stratford Shakespeare Festival, and Tafelmusik, among many others. His contributions to Canadian cultural life and arts organizations and institutions has resulted in a number of awards and honours, including being appointed as Officer of the Order of Canada in 1997, and recently promoted in 2015 to Companion of the Order of Canada.